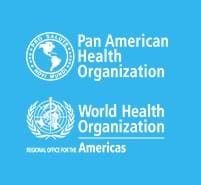 Washington, D.C., 27 September 2017 (PAHO/WHO) – High-level health authorities from throughout the Region of the Americas agreed today to adopt legislation that will create 100% smoke-free environments in all countries of the Region by 2022, one of the measures that the World Health Organization (WHO) considers to be most effective in controlling the smoking epidemic and preventing associated diseases.

In the Americas, nearly 17% of the adult population smokes. Tobacco control is a powerful instrument for improving health and promoting the Sustainable Development Goals (SDGs), particularly Goal 3.4, which aims to reduce premature mortality from noncommunicable diseases (NCDs) by one-third by 2030. Tobacco use is a major risk factor for NCDs, including chronic cardiovascular and respiratory diseases, various types of cancer, and diabetes. In the Region, NCDs are responsible for 80% of all deaths, 35% of which are premature.

“Strengthening tobacco control policies is essential if we want to reduce tobacco use and save lives,” said Carissa F. Etienne, Director of the Pan American Health Organization (PAHO). “100% smoke-free environments in all enclosed public and work places is the only measure that can effectively protect the population from the damaging effects of exposure to tobacco smoke,” she added.

During the approval of the Strategy and plan of action to strengthen tobacco control in the Region of the Americas 2018-2022 at the 29thPan American Sanitary Conference, which is in session until September 29th in Washington, D.C., Etienne explained that these environments also help prevent people from starting to smoke and support smokers who are trying to quit. Currently, 17 of 35 PAHO member countries in the Region lack national regulations that establish 100% smoke-free environments in all enclosed public and work places and in public transportation.

This measure is considered one of the four “best buys” for noncommunicable disease prevention and control, along with the inclusion of large, graphic health warnings on all tobacco packaging, raising taxes on tobacco, and a total ban on tobacco advertising, promotion, and sponsorship.

The new strategy aims to accelerate implementation of these four measures, which form part of the WHO Framework Convention on Tobacco Control (FCTC), which was ratified in 2005 and whose implementation has been uneven in this Region of nearly 127 million smokers.

In this regard, health authorities also agreed on a target for 2022, establishing that the 35 countries of the Region must include graphic health warnings on the packaging of tobacco products in order to accurately inform the public about the health effects of tobacco use. This measure still has not been implemented in 19 countries. According to the new strategy, countries can also consider adopting neutral or plain packaging, as implemented in Australia, the United Kingdom, and other countries outside the Region, or consider implementing a standardized format for each brand name, as Uruguay does.

Other commitments adopted in the new strategy include ratifying the WHO Protocol to Eliminate Illicit Trade in Tobacco Products, and establishing effective mechanisms to prevent interference by the tobacco industry.

“These measures are cost-effective and applicable even in contexts where resources are limited,” said Adriana Blanco, Chief of the Risk Factors and Nutrition Unit at PAHO. “Their applicability cannot be left to voluntary agreements; they need to be bound by legal instruments according to the context in each country,” she explained.